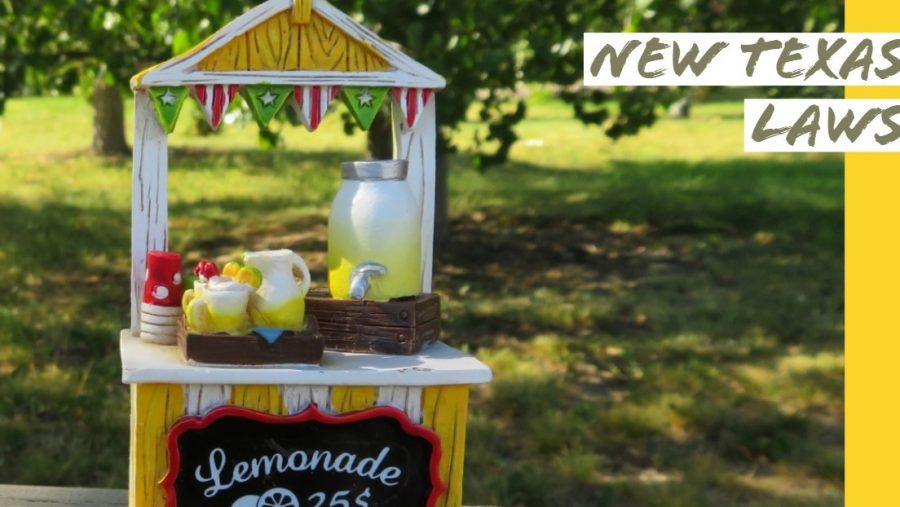 Texas lawmakers made 820 new laws that took effect September 1 after Texas’ 2019 legislative session with the House of Representatives and a majority impact the lives of students.

One of the new laws consist of banning telemarketers who use fake numbers from calling anyone in the state. Another law allows those without a license to carry a gun in a time of crisis. According to sophomore Isabella Feistauer, this new handgun law is irresponsible.

“To allow people without a license to have a handgun in times of crisis may be a good idea, but what defines a time of crisis, and who would know how to use a gun in a time of crisis when it just adds more stress? Who would be able to use it responsibly?” Feistauer said.  “I don’t know many who would. I feel like it would add more to the problem. If you’re really scared about defending yourself, get a gun license.”

Another law added is the Lemonade Stand law. This law states that it is illegal for neighborhoods and cities to regulate the selling of non-alcoholic drinks by children. Government and economics teacher Mr. Kevin Satterfield believes this law will affect younger generations and give them an opportunity to make money.

“It’ll be good to encourage some of that entrepreneurial spirit,” Mr. Satterfield said.

Don’t expect any surprise medical bills because a new law prohibits this. Insurance companies and doctors will have a state-overseen arbitration, which is a way to settle an argument, excluding the patients to decide the final cost of medical bills.

“I think right now Texas medical insurance companies have way too much power and way too many connections politically, so I’m glad Texas stood up and said no to a lot of the big insurance companies and gave the people more power in that process,” Mr. Satterfield said. “I don’t think anyone really loses here besides pharma and insurance.”

Never worry about a home’s likelihood of flooding anymore. Homeowners are now required to submit a record of their home’s flooding past when putting their homes on the market. According to Mr. Satterfield, flooding history won’t affect the cost of homes because the Bridgeland area is rapidly developing.

“Even though it’s law now, I think it was still pretty common for people to release that information. Like, I know there has been specific real estate laws that made a realtor find that out and know, so now that it’s just mandated by the state – again, I think that’s good,” Mr. Satterfield said. “It’s giving power to people – but I don’t think we’ll see any major implications solely because of that decision.”

When kids turn 18, they can no longer buy tobacco products or Juuls. The legal purchasing age to buy these items have been raised to 21. Also, stealing packages off porches is illegal, and those caught in this act will face harsher punishments and longer jail time.

“The whole vaping and stealing from the porches is now a felony… I think that’s pretty interesting to see how up to date our government is trying to be because the Texas government has a history of not being very adaptable,” Mr. Satterfield said, “so I want to say they did pretty good this last session.”