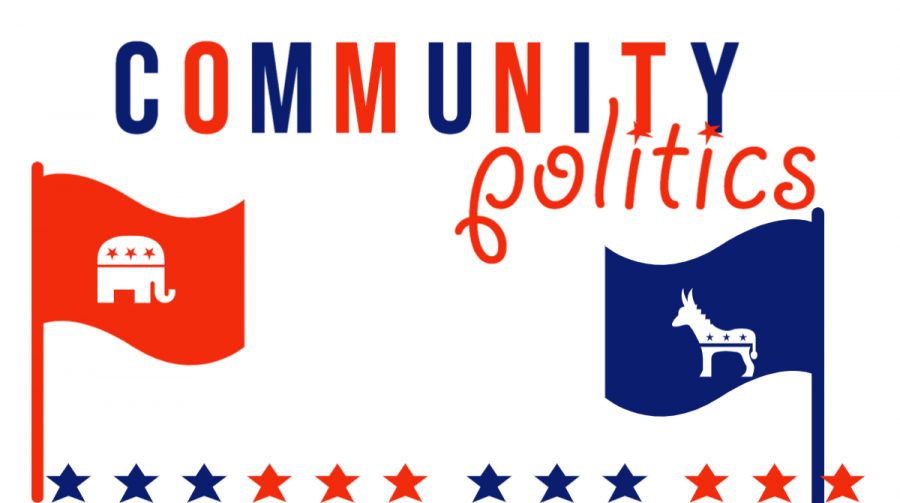 In preparation for the upcoming election, the Bridgeland and Cypress communities are promoting their political beliefs through social media, visuals, and events.

With the upcoming election on November 3 at the top of the news and people’s minds, students and community members are putting signs on their yards and posting on social media in order to promote their political opinions. Vance Richmond, a junior, promotes his political views through those means.

Rhonda Venkatesan, community member, is also noticing the rise in political advertisements around the neighborhood.

“I have seen politics promoted by yard signs and bumper stickers. There have also been a lot of Facebook ads,” Venkatesan said.

With the rising popularity of social media, political promotion has made its way onto online platforms. The social media promotion is seen in many forms, such as advertisements, messages, memes, and videos.

“If I see an article or a post that I think is worthy of other people seeing, I’ll go and I’ll fact check it,” ,” senior George Sarandos said, “and then I’ll post it for other people to see and give me their opinions on because I think it’s really important for everyone’s opinion to be given and to talk to other people about their opinions, so that you can see other ways to look at situations.”

Parades are also becoming relevant for political promotion. A recent example of this was a parade in support of President Donald Trump that went through Fairfield on September 22, but not everyone agrees with this method of promotion.

“I think a Trump parade for example gets very obnoxious. If I wasn’t a Trump supporter and I saw 100 different big ol’ jacked up trucks that have Trump signs on them, honking their horns, driving through a neighborhood; a peaceful neighborhood. If I was a Biden supporter, that wouldn’t make me want to vote for Trump. That’s very obnoxious and you’re just letting other people know that you support Trump, but I don’t think it’s gonna change other people’s opinions because it’s just so obnoxious,” Richmond said.

Parades have become more relevant in recent years as a way to promote ideas and expressions, but they can get loud and crazy. Even though some people do not agree with this method, Sajani Yalamanchilli, sophomore, says that everyone has the right to their own opinion.

“And for me, if it was a Black Lives Matter parade, I would be stepping outside my own house and joining that, so even if I might not agree with them myself, those people are speaking their truths and their policies in what they think is effective. Yeah, it woke me up way too early on a Saturday morning. But then again, if it was a parade for what I believed in, I would be up at 4 a.m. making sure everyone heard what we had to say,” Yalamanchilli said.

One of the most evident effects on political promotion has been the coronavirus as the pandemic has affected the election in terms of voting and promotion.

“[COVID-19] has definitely caused some hold up with the elections. I don’t know if you know about the whole, stopping the mail from mailing in the ballots and such. So COVID has definitely made it difficult for everyone in our community to have a chance to put their opinion out there and to put their vote out there,” Yalamanchilli said.

“I feel like COVID, unfortunately, has really turned political. People have started to push for stuff, such as mail-in ballots, which I don’t really agree with because I feel like that’s failing our democracy big time,” he said. “I feel like there’s gonna be a bunch of voter fraud, and because I know personally, I already have aunts and uncles who have had their husbands and wives who have passed away, they’ve gotten voter registration for them and ballots for them to fill out. And like I said, they’ve already passed away. So that doesn’t really make sense to me.”

With Election Day coming up, some students are able to vote and contribute directly to the democratic process of this country along with the general population.

“Well, I know personally I get to vote this year, and I’m really excited about it. I know it may not seem like it, but politics are a pretty big thing at our school,” Sarandos said. “People talk about it, even though you may not hear about it every day. And it really is spreading and I feel like our generation is just getting a lot more information than other generations.”

The added voters are contributing to the recent spike of political promotion in the community and at school. Already 6.4 million early voters in Texas alone have turned in their ballots, surpassing the early voting numbers from 2012 and 2016. People want their voice and opinion about their political beliefs to be heard.

“People are vocally expressing in school, there are plenty of signs around the neighborhood and in Fairfield, and flags and such, so it’s pretty heavily being put into our school and community,” Yalamanchili said.

The tension between the two candidates and parties is a leading contribution to the spike in promotion. Politics are being heavily promoted in the community, as well as school this year, because of the opposite viewpoints of the candidates, according to Richmond.

“I know tensions are very high between the two different political parties,” Richmond said, “and even if you’re a mediocre supporter of one or the other, or you don’t really care but you’re kind of leaning towards the one, I think this particular election kind of revved up people wanting to speak out a lot more because the candidates have such different views on everything” .