The scab that always itches

A reflection on loss and healing after the death of a pet. 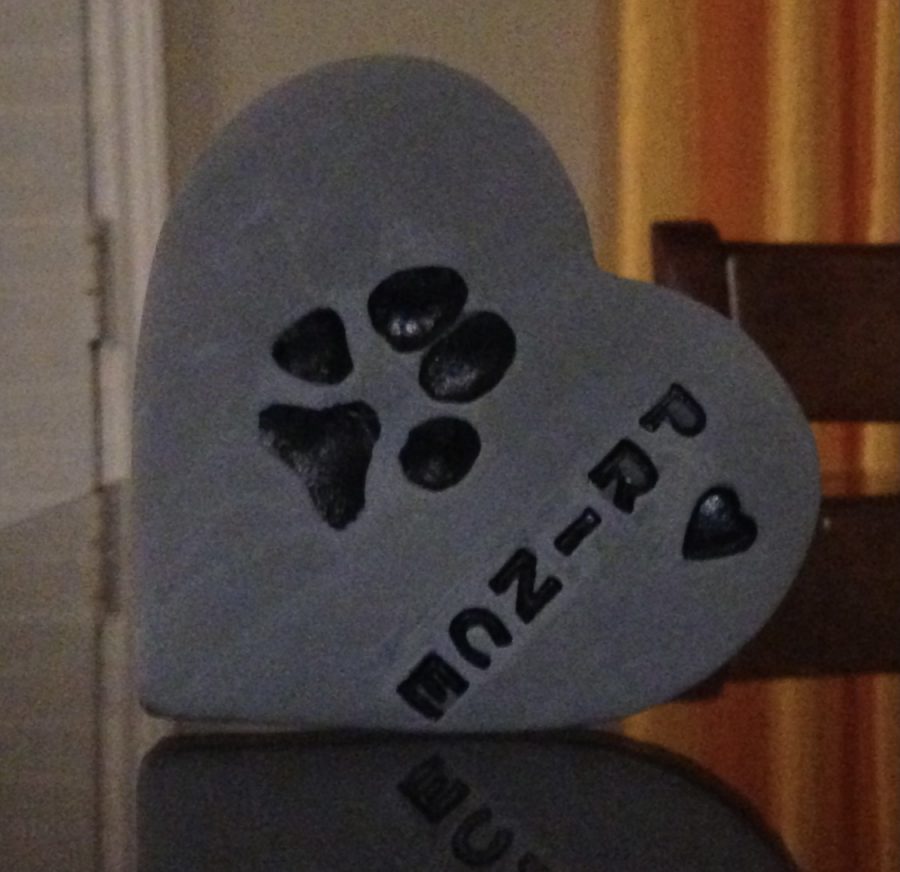 Everyone deals with grief differently, from intense periods of sadness, anger, denial, to even guilt. I can say that I’ve felt all these things: the anger of him being gone, the denial of his death, and the guilt of what might’ve happened if I found him earlier. The death of my first and only dog is a wound that will never heal, a scab that always itches.

It was a regular morning around 7 a.m, I followed my regular routine as I did every day last summer. Wake up, walk Prince, feed him. I first noticed something was wrong when he wasn’t in either of his two beds, he wasn’t anywhere in my room. But, I wasn’t in full panic at the time, I simply thought he was walking around upstairs probably needing to go to the restroom. I wasn’t even in full panic when I saw him lying on the ground in the hallway outside my room, vomit beside him. The feeling of alarm didn’t set in until I tried to pick him up, he didn’t want to get up – he couldn’t, he was just lying there on the floor as if he was already gone.

My dad and I took him to the Copperfield Animal Clinic and we waited.

Simply in unimaginable pain as his stomach was filled up with some kind of liquid, possibly caused by a stroke, the doctor said. They suggested we euthanize him over the phone, something that my family agreed to. I wanted to be there when it happened. The idea of him not being surrounded by those who loved and cared for him when he would close his eyes for the last time didn’t sit right to me. That’s when it hit me, the loss of a family member, especially one that’s been in your life from the moment that you were born, the one that you share a birthday with, would never be easy. It shouldn’t be.

He gave me 16 years of unconditional love, minus the time he spent sleeping, and yet it came and went so fast. Even though I knew the clock was ticking and tried to prepare, it was all reduced to nothing when I woke up to him laying on the ground that morning.

There are some memories from that day that still stick with me, his grunts and whimpers, and the pain I know he felt as I looked into his seemingly infinite black eyes. The comparisons I couldn’t help but make to his joyous yet broken demeanor when we went to watch him be put down and say our final goodbyes. He closed his eyes so peacefully as if he was taking one of his trademark five-hour naps. I walked out of that room knowing that I would never see him again, knowing that I would have to throw away his bed in due time. Accepting that I would probably ball my eyes out in my bed, and I did. Uncontrollably.

I thought that I would never heal from such an event, and in hindsight I never completely did. The wound of that day is still there and it opens and closes, the sadness I feel waxes and wanes. I still find myself reminiscing that day and the time before it because I am afraid of forgetting him. Both the good times and the bad, the scares he gave us, and the joys he provided.

I remember him every time I walk through my front door. Every time I go outside in my backyard, I used to wait and watch him, one because of the neighbors roaming cat, another because I would forget him outside on occasion. As the days go by, I do find his memory slipping from my brain, even as I try to cling to the happy days. It’s those joyous moments that keep his memory alive and my spirits up.

Coping and dealing with the loss of loved ones isn’t easy, I had to learn the wrong and right ways. I also had to learn that it’ll get worse before it gets better. I’d like to say that I’ve grown stronger after his death, I’d like to think that I’ve successfully dealt with my anger and sorrow, but it’s still there, and I learned that the grieving process happens gradually. That ignoring the pain will only make it worse. This is why I take it one step at a time and look back on the good times, I’ve healed in so many ways and there’s more to come.
Here are some resources and tips for dealing with grief.