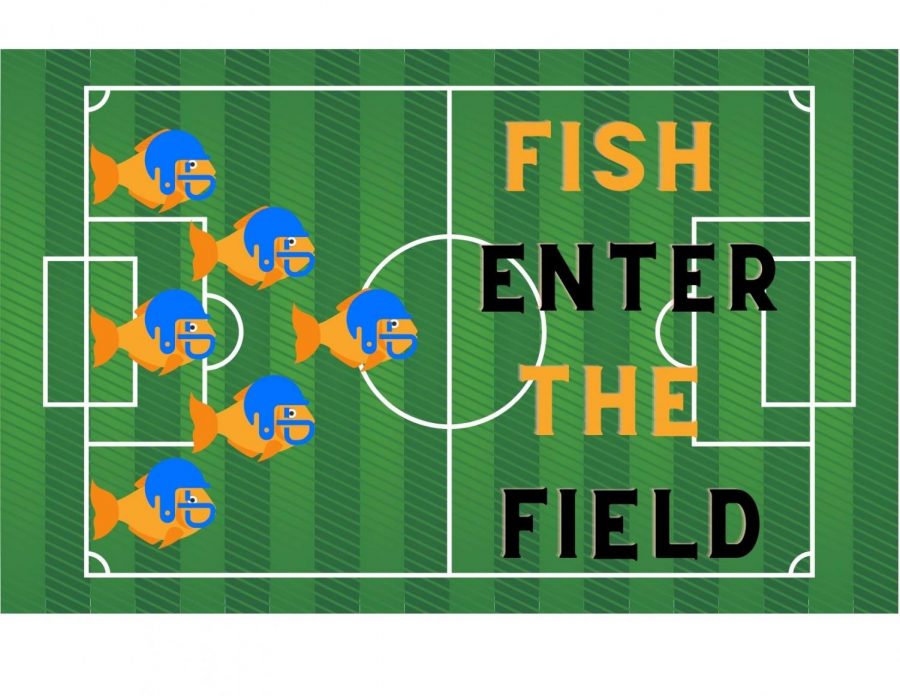 Each year brings new freshmen who fight to prove their position on the team.

Newcomers are eager to put on a uniform and jump on the field. However, some may fail to realize how hard it can be to put in the time and to be more serious about the craft of their sport.

“On the high school level, it’s really more of a serious thing because guys take it a lot more seriously than just a game that you play after school,” Oscar Nnanna, freshman football and soccer player said. “It’s just dedication and the grind, you know, Saturday workouts, morning workouts, evening workouts, and two-a-days.”

Freshmen tend to have a disadvantage when moving to the high school level because they may not know as much about the sport they play, or they may not match the size of their other high school competitors.

“I definitely had to get in the weight room and get stronger because of my opponents,” Zoe Moody, freshman basketball player said. “I had to change my mental state and my basketball IQ. High school’s a different level. I had to get mentally ready instead of being stuck in middle school-ball.”

Each sport becomes a totally different ball game once you move on from junior high. From adjusting quickness to adjusting attitudes, it can feel difficult to meet the expectations of coaches and teammates.

“You’ve got to adapt to the speed of the game. It’s way faster, especially moving up two years, the guys are way more developed than you are so you have to adjust to it,” Jeffrey Savoie, freshman basketball player, said.

All freshman athletes face their own unique challenges while trying to keep up with older, more experienced teammates. These obstacles allow freshmen to focus on what needs improvement in order to compete more efficiently at a higher level.

According to freshman football player Hudson Pollard, the most challenging part of high school sports is showing that you can be a leader even when you’re the underdog, and according to freshman volleyball player, Raylee Schaffner, the hardest part is staying mentally disciplined throughout the long season.

The connections made between teammates and coaches in high school contribute to the performance level of athletes. A good support system goes a long way in making sure the new athletes feel comfortable and a part of the team.

“I knew that [this year] was going to be hard, and I was going to have to put a lot of effort into it, but with my teammates and the coaches supporting me, I’m able to make it through,” Moody said.

Sports give athletes the opportunity to learn more about the game they play while also teaching them more themselves. According to Nnanna, high school sports has taught him to never stop working and that there’s always room for improvement.

“My expectation was to learn a lot, more than what I came in with,” Schaffner said, “and I came out learning a lot more than I expected to.”