How to make baseball your "thing". 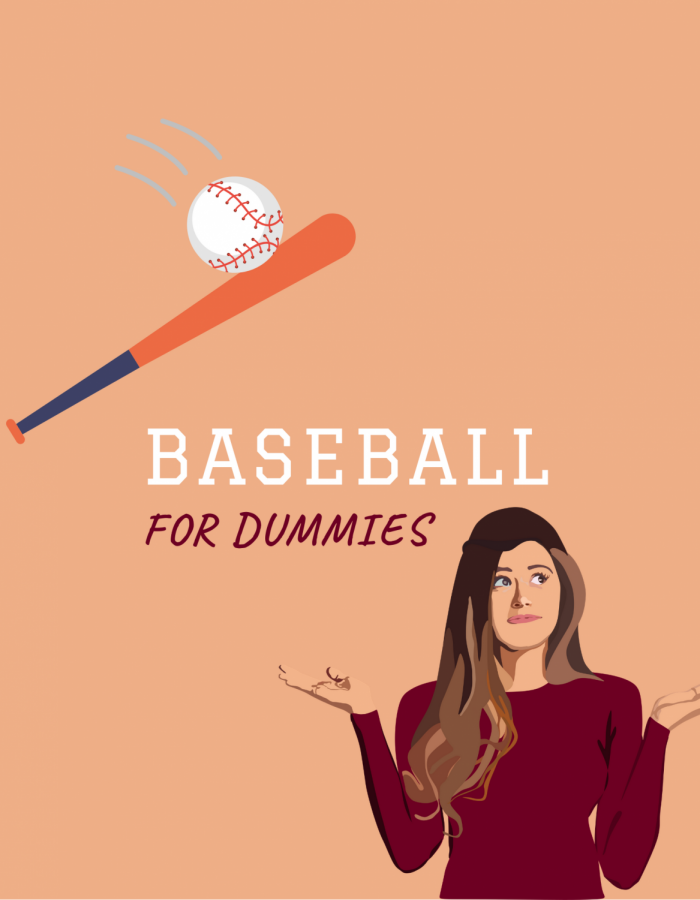 Sports. You either love them or like me (at least the old me), you’re entirely apathetic toward them. Don’t get me wrong, sports are neat, I totally always saw the appeal. It’s just that I personally, like many others, have always been artistically inclined. Being raised by a single mother, in a house full of sisters, along with my extremely RAD diagnosis (aka, reactive airway disease) is likely to be the cause. This being said, I’ve never had the compulsive desire to round up my closest monochrome-clad buddies and scream at a television (definitely never been opposed to indulging in a little Super Bowl buffalo dip though). And apart from the peewee ballet classes and coach pitch softball, I’ve rarely engaged in sports activities.

Growing up in a heavily athletic-influenced state, where it’s “go big or go home”, I’ve never had a problem going home (and no, not the baseball kind). I’m a homebody, don’t threaten me with a good time! But there’s always been a part of me deep down, wishing I could be. Wishing I could throw a ball with ease, or run a couple of miles without collapse, or at very least know what’s going on during a football game. However, I never truly acted upon this curiosity until I met my current boyfriend, Carter.
Carter is an avid baseball player and academic scholar. You know, run-of-the-mill all-American boy. Don’t let this fool you though, he is a dork most of the time which is probably how we ended up together. On paper, we seem like a terrible couple; with close to no similarities or interests. But I guess opposites do attract because we get along perfectly. We may not have much in common, but enjoy the processes of introducing the other to our own niche; his being baseball. I definitely had no clue what I was in for when I decided to become more involved, but I was pleasantly surprised at how soon I would become a baseball superfan. It definitely took some time though, and a lot of patience, so for all those who are looking to become knowledgeable in the realm of baseball, look no further. Here are my personal top secret tips for surviving (and possibly loving) America’s favorite pastime.

Snacks, Snacks and SNACKS
I’m sure this was expected, but I would hate for any newbie fan to have to learn the hard way. Baseball games can last anywhere from 1-3 hours. Depending on where you’re viewing said game, bringing snacks from home is encouraged. Yes, concessions usually are available, however, they can get pricey, especially if you’re there for a while. Bringing your own snacks also allows you to eat smart and keep your energy to cheer on the team, rather than battle a sugar crash.
In the event that you ate ahead of time or simply have no appetite, always bring water. No exceptions. The likelihood of passing out in the stands due to dehydration is higher than you think, and no, you are not the exception. Trust me, you don’t wanna be that guy. If you’re not sure whether the park allows outside food or drink, check their website ahead of time. Or as a last resort, carry a large purse (wink, wink).

Only An Imposter Would Forget A Roster!
Watching a new team for the first time is always a bit confusing when everyone’s wearing the same uniform and/or appears far away. With indistinguishable faces, the numbers located on the back of jerseys serve for easy identification. However, the numbers are practically useless without a roster. Most teams will have their roster located on a website of some sort, or if you know someone on the team, simply ask them to send it to you. This will help you get a better understanding of the team and the skills of each player. It will also aid in the general interest of the game because it’s easier to know what’s going on.
Plenty Of Podcasts
Podcasts are an easy way to listen in on sports news, and sometimes are more entertaining than actually watching a game. There is an endless selection of sports podcasts that I’ve taken a liking to, some not even baseball-related! It serves as a way to brush up on your sports lingo and stay in on the know for the ever-changing sports world. If you wanna know what players are traded, injured, and causing controversy, they gotcha covered. Podcasts are always a fun way to stay informed.
Team Moms = Your New Best Friend
Team moms are truly heaven-sent. Without their accumulated wisdom from going to these things for years, I myself wouldn’t be here today passing on these necessities. Now at first, these baseball mommas can come off a little strong. Most of them aren’t afraid to call out some bad referee calls (and in some cases, get ejected from the bleachers for doing so), but don’t mistake their passion for the game as intimidating. Most, if not all, are more than willing to strike up a conversation (as long as their kid isn’t up to bat of course). If you have questions about the game don’t be afraid to ask, because if anyone knows it’s them. Befriend them if possible, because they can keep you posted on any schedule changes and you have some guaranteed buddies to socialize with during delays.

Prepare Accordingly
Going back on the “bringing a big purse” bit, keeping a bag designated for game days is highly encouraged because of the many things you need. There are plenty of obvious necessities, such as food and water, but others you may not have considered. For example, sunscreen. I cannot stress this enough. I don’t care if you “don’t burn” or “the sun’s barely even out” , you better be equipped with some SPF or you’ll be yearning for a burning. Some other things you may consider bringing are
-Baseball cap (for the sun)
-Portable phone charger
-Sunglasses
-Bug spray
-Poncho (for rain)
-Hand warmers, blankets and cash for hot cocoa (colder months)

And last but definitely not least, the holy grail of stadium necessities, stadium seat cushions. Most bleachers are designed with no back support and metal or wooden benches – not exactly comfortable. Seat cushions provide a much more pleasant viewing experience (your back will thank you later).

Sports Lingo
It’s important to know the difference between a home run, touchdown, and a goal. The people in the stands may look at you a little funny if you exclaim that the pitcher just made a “grand slam”. It’s also important to be able to know playing periods and their terminology (ex: quarters, innings, periods, etc).

Do It For The Right Reasons
Whatever you do, don’t get into sports just for the wrong reasons. I’m not saying you shouldn’t be supportive if you happen to be the partner of an athlete, but you can show your support without absolutely loving the game. If you force yourself to “like it”, you’ll never truly enjoy it. Plus, even if you are pretending for a guy, chances are he’ll read right through that charade. Put in your best effort, have an open mind, but if it’s not your cup of tea, don’t worry about it. If you’re doing it for someone else has a problem with you not liking it, maybe that relationship isn’t worth the trouble. As I said, sports are not for everyone.