Flourishing on the For You page 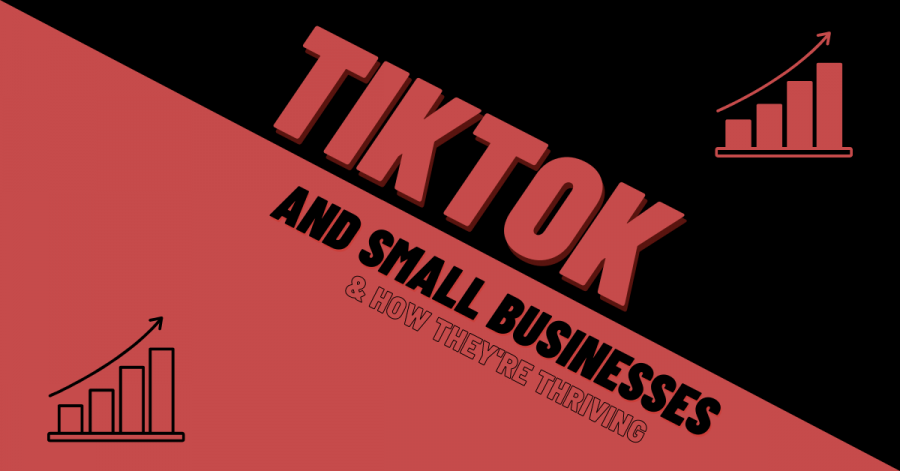 With one billion monthly active users, TikTok has paved the way for multiple new trends and ideas. What’s also growing, however, is the amount of small businesses thriving off the newfound chance to fame.
Anna (@blueskiesclubs) is the owner of a small business titled Blue Skies Club, in which she sells accessories handmade from clay and painted on TikTok. Not only does she offer many knick-knacks, but most of her proceeds go to a charity fitting the theme of her current line of products.
“I’ve always had my own website, but it was pretty much just Instagram and Twitter,” Anna said. “But TikTok had a much larger reach, and since then it’s been a lot easier to sell things.”
After getting the hang of TikTok’s algorithm and appearing on everyone’s ‘For You’ page, Anna has observed more viewers and customers. So much so, that she began getting requests to sell the items she creates on her page.
“At the beginning, I mostly did it for fun,” Anna said. “But then the videos got pretty popular and people in my comments started saying ‘this is so good,’ ‘I’d totally buy this,’ etc. and that’s kind of how I ventured into this mass production – or as much of a mass production business I can manage.”

Not only does TikTok provide the chance to gain viewers and followers, but many businesses have found a tight-knit community that keeps business running with frequent purchases and closely following their social media.
“On Instagram, I didn’t have much of a ‘target audience,’” Anna said, “but now on TikTok, once you start getting a following from a certain group of people, your videos get pushed out to many viewers with similar interests or ‘For You’ pages. So now I have a group I’m keeping in mind when I update my shop or come up with new things.”
Financially, TikTok proves to be more of a money-maker than previous social networks, but some concerns are that it’s less genuine, or business owners sacrifice their interests for the sake of the demanding algorithm. However, Anna says it’s quite the opposite.
“I feel like I’ve had a lot more fun on TikTok,” Anna said. “It feels less like a business and more like people are enjoying the things I make; it doesn’t seem superficial. I get to see the comments and people say some really sweet things.”
According to Anna, however, there are some downsides about the nature of TikTok consumers; the TikTok algorithm works best when posting two to three times a day. For someone like Anna who hand-makes their products, that’s simply not possible.
“The algorithm is so finicky a lot of the time,” Anna said. “So you need posts that you know are going to do bad, so it’s almost heart-breaking kind of; posting a video you spent time on when you know it’s not going to do well.”
Overall, it’s hard to deny the impact TikTok has made on the small business community. With a possibly too-good algorithm and an average of 52 minutes spent per day, there’s bound to be a flourishing community in all corners of the app, small businesses just being one of them.
“I just have fun experimenting around and feeding off the energy people put into their craft, because if they’re enjoying what they’re doing then I’ll enjoy what I’m doing too,” Anna said.