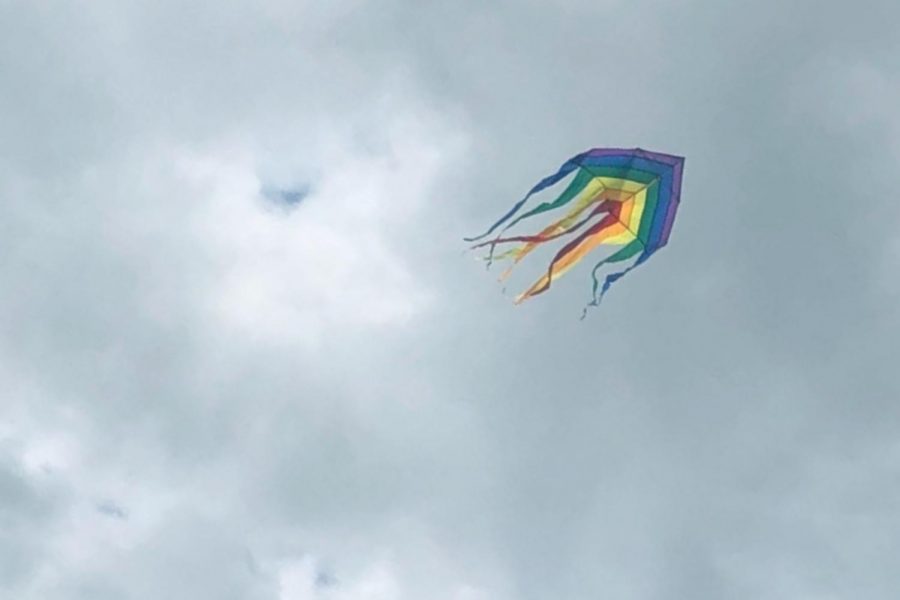 Reporter, Olivia Masterson tries and documents a week in her life during quarantine. (Week one)

Today was the first official day of “Not Spring Break Anymore” and to enjoy it I did absolutely nothing which I regretted later. I woke up at 10 which had been a common occurrence all throughout the break, didn’t get out of bed till 11 and took my dog for a walk which concluded all of the outdoor activity I experienced that day. Afterwards, I spent the rest of my day doing nothing until my drive time at 2. That was a whole experience.

I got to the meet up place and got in the car. The instructor immediately handed me a cleaning wipe to wipe down everything I would be touching. We all used hand sanitizer and put on gloves. It was a pretty surreal experience, but I appreciated the effort they were putting in to continue lessons while keeping people safe. It did make everything feel a bit more real.

After my lesson I didn’t do much until a meeting with the newspaper staff at 6 p.m. and then a movie. It was a relaxing day, but it made it painfully obvious that I am steadily moving down the road towards going stir-crazy if I don’t at least try to do something every day.

Today I was productive, but maybe not in the way I would have liked. In an act of desperation I dug my old rainbow loom out of the closet and proceeded to make frustratingly complicated rubber band bracelets. I had three failures and two successes which was a win for my anti-craft self. Disney movies were also a must for my crafty afternoon. I am not ashamed to admit that the movies for the day were “G-Force,” “Tangled” and “10 Things I Hate About You.” Personally my favorite was “10 Things I Hate About You.”

A word of advice for my fellow socially isolated. Get crafty, even if it is with the 5-year-old rainbow loom you should have thrown out two years ago. Trust me, it’s better than watching your ceiling fan spin around in circles for hours on end. I would know.

Today I decided to paint. I am in no way an artist, but I had some old watercolors laying around from when I did want to become an artist and decided to mess around a bit. By messing around I mean eventually getting sick of washing off paintbrushes every time I used them and resorting to finger painting instead, which was surprisingly fun. Everyone needs to return to kindergarten and finger paint at least once in their life. Other than painting I didn’t do much else except watch “Property Brothers” with my mom and play Cool Math Games on my computer for a little bit. So far I have not reached true boredom or insanity which is a relatively good sign so far. We’ll see what happens as the month goes on.

Yet another word of craft-related advice for my fellow socially isolated. Even if you can’t art to save your life, break out your old paints. You may discover that finger painting is still incredibly enjoyable even when you’re in high school.

Today was actually quite a bit of fun, but it didn’t start out that way. I was dragged out of bed far earlier than I wanted to be, which was still around 10, but my sleep schedule is all over the place at this point so it still sucked. I was forced into a walk with my parents which was fairly isolated except for the group of small kids on scooters who were with their mom and asked to pet our dog. I got home, took a shower and got obnoxiously excited about finding my old kite and going out to fly it. I called up my friend and neighbor to come fly it with me, breaking the number one rule of social isolation, but no one was sick and we made sure to stay a good distance away from everyone we got close to while flying the kite.

Honestly? It was tons of fun even though the wind kinda sucked for most of the time we were in the park and I got more bug bites than I had originally bargained for. We spent about an hour messing around with the kite before heading home and going our separate ways. I chilled around the house until dinner and afterward my parents and I cracked open one of the murder mystery subscription boxes that you can get in the mail. It was also a good time and was a good way to wrap up the day.

Today’s word of advice to my fellow socially isolated is not craft related though it does still follow the same theme of digging up old things from your childhood and finding unusual amounts of joy in them. If you have a kite and it’s windy, fly it. It’s a great deal of fun. Also subscription boxes, if it’s possible for you to subscribe to them, are a good way to get some solid entertainment in this time of social distancing.

Day 5 of Staying Away From Anyone And Everyone: (Friday)

Today I was pretty lazy. If I’m being honest, I didn’t really get out of bed until around noon. I did eventually pry myself out of bed, ate breakfast and tried to figure out what I was going to do. Having recently finished drivers ed yet not having obtained my drivers license I decided to crash some innocent virtual cars, ranging from go-fast cars to kidnapper vans (you know exactly what kind of van I’m talking about). It was a great time and oddly enough quite effective in satisfying my inner need to destroy all. After joyfully crashing cars in a game that was not meant for crashing cars, I watched the video that was sent out by CFISD and did mostly nothing other than watch tv for the rest of the day.

I have no true advice for my fellow socially isolated today except do something you enjoy. Having fun always makes long days like these a little bit brighter.

Day 6 of Staying In My House: (Saturday)

Today was yet another lazy day. Maybe that’s a sign that staying in my house almost all the time is finally getting to me. I woke up at the normal time I’ve been waking up almost all week, ate breakfast and retreated to the game/media room where I hung out with my dad and played video games on the Xbox for basically the rest of the day. And that’s really it. I did nothing else.

Today’s word of advice for my fellow socially isolated. Don’t do what I do. It’s okay to take a day to be lazy, to unwind and relax, but do other things as well. Keep yourself occupied with new hobbies or other fun activities. It makes everything go by just a bit faster.

Day 7 of Seeing No One But My Parents: (Sunday)

Today was an off day to say the least. I think social isolation is finally getting to me. I must’ve woken up on the wrong side of the bed because the moment I woke up I was in a weird mood. I didn’t want to do anything, and yet I wanted to do something. Anyway, I rolled out of bed, took my dog for a walk and spent a bit just laying around. My mom eventually coaxed me into baking cookies with her which was pretty fun. It did help cure my agonizing boredom and cheered me up significantly.

After making cookies I laid around some more watching a few movies with my mom and downloading random games off the app store to play and then delete. Other than that, I didn’t do a whole lot which was kind of disappointing. I had made a few goals for today and everything, some of which I managed to get done, like working on some things for the newspaper, but the rest I mostly ignored.

Despite what I did today, I do have some advice for my fellow socially isolated. Don’t let your days devolve into senseless boredom. It just makes you miserable. Find something to do or make a plan that you’ll stick to. It’ll really help fend off the cabin fever.